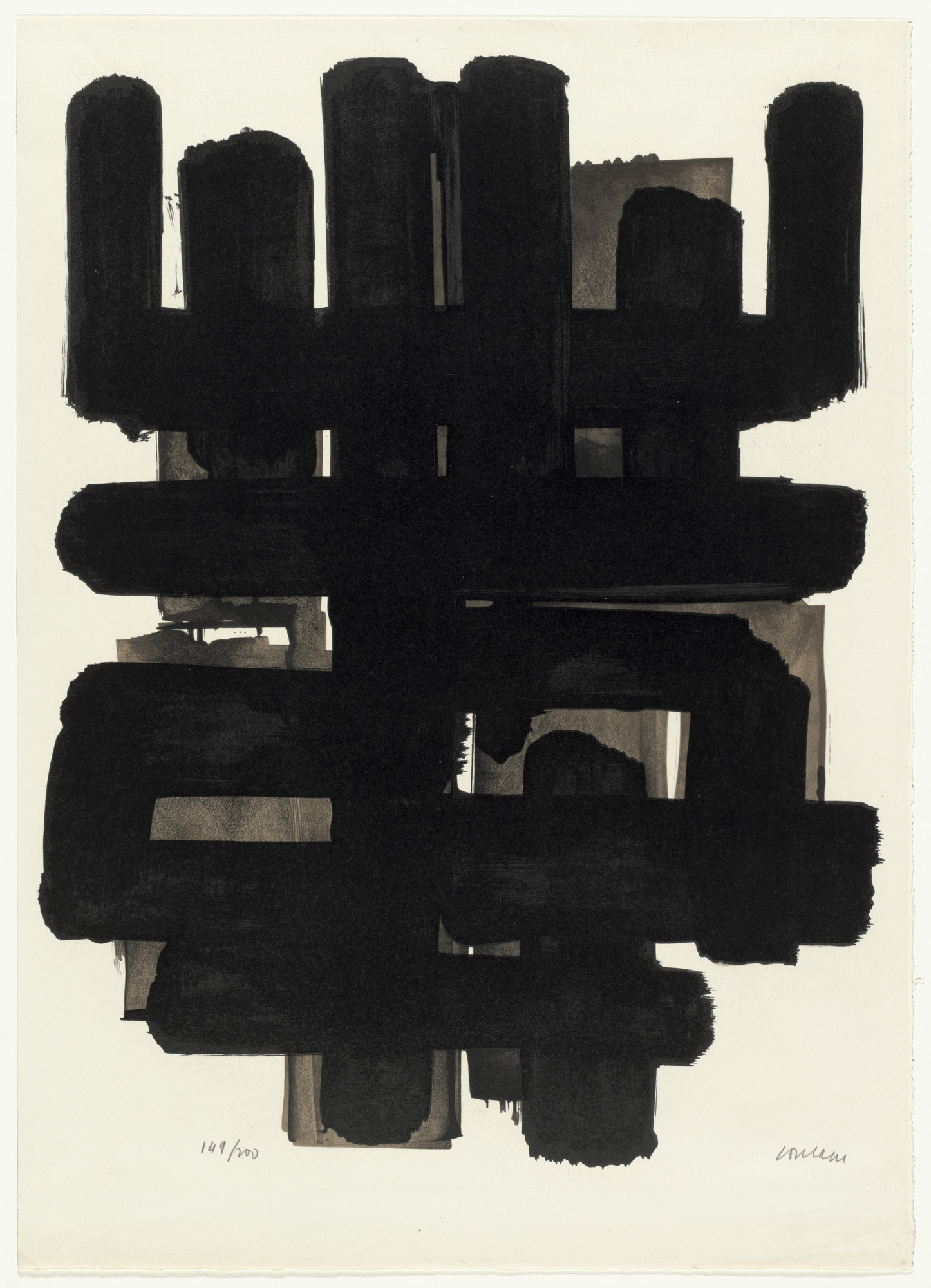 Pierre Soulages was born on December 24, 1919, in Rodez, in the south of France. As a child, he was fascinated by the Celtic carvings in the local museum and the architecture of the abbey of Sainte-Foy in nearby Conques, and these early impressions would continue to surface throughout his career. In 1938, inspired by the works of Paul Cézanne and Pablo Picasso, he enrolled in the École nationale supérieure des beaux-arts, Paris, but he was disappointed by the traditional instruction and soon moved back to Rodez.

In 1946, having served in the military during World War II, Soulages returned to Paris and set up a small studio in Courbevoie. He began to paint in a wholly abstract style, producing canvases with overlapping black, barlike strokes on a glowing white, or sometimes colored, ground, which he exhibited at the Salon des Indépendants in 1947. Though his rejection of bright color in favor of black set him in opposition to the major trends in French abstract painting of the time, Soulages was nevertheless a prominent exemplar of the Jeune École de Paris (Young School of Paris), an umbrella term for the gestural or post-Cubist abstraction produced by artists like Hans Hartung and Soulages. Though superficially similar to the work of Abstract Expressionist artists such as Franz Kline, Soulages’s paintings are very different in execution: in contrast to the gestural approach of his American counterparts, Soulages deliberately constructed his compositions to create a formal balance.

Soulages generally titles each of his works Painting. He has exhibited widely since his first solo show at the Galerie Lydia Conti, Paris, in 1949. His first retrospective was presented at the Museum Folkwang, Essen, West Germany; Gemeente Museum, The Hague; and Kunsthaus Zürich, Zurich (1960–61), and his most recent took place at the Musée national d’art moderne, Centre Pompidou, Paris (2009–10). In 2001 Soulages was the first living artist to exhibit at the State Hermitage Museum, Saint Petersburg. He lives and works in Paris.