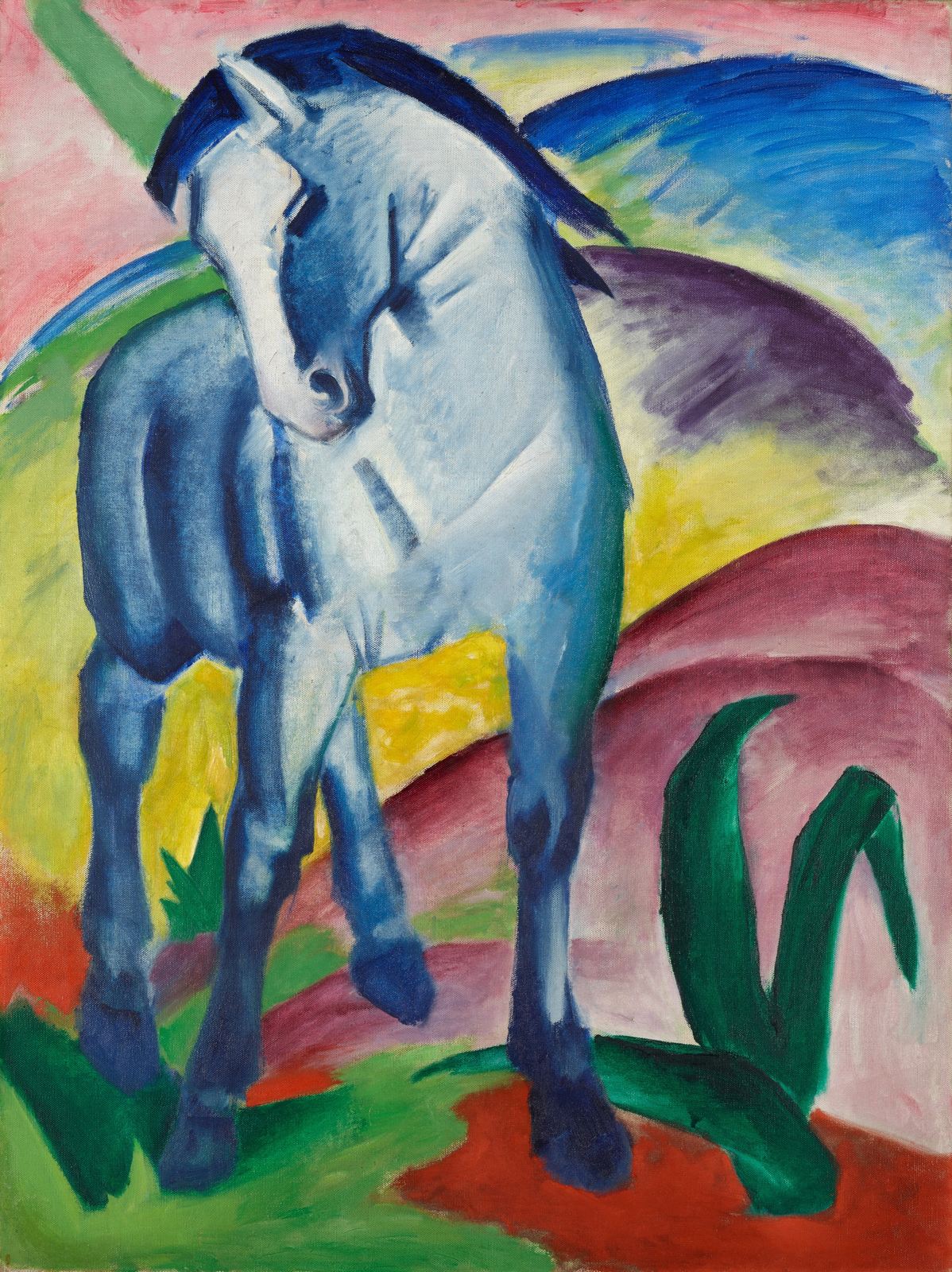 Franz Moritz Wilhelm Marc (8 February 1880 – 4 March 1916) was a German painter and printmaker, one of the key figures of German Expressionism. He was a founding member of Der Blaue Reiter (The Blue Rider), a journal whose name later became synonymous with the circle of artists collaborating in it.

His mature works mostly depict animals, and are known for bright colouration. He was drafted to serve in the German Army at the beginning of World War I, and died two years later at the Battle of Verdun.

In the 1930s, the Nazis named him a degenerate artist as part of their suppression of modern art. However, most of his work survived World War II, securing his legacy. His work is now exhibited in many eminent galleries and museums. When up for auction, his major paintings attract large sums, with a record of £12,340,500 ($24,376,190) for Weidende Pferde III (Grazing Horses III)