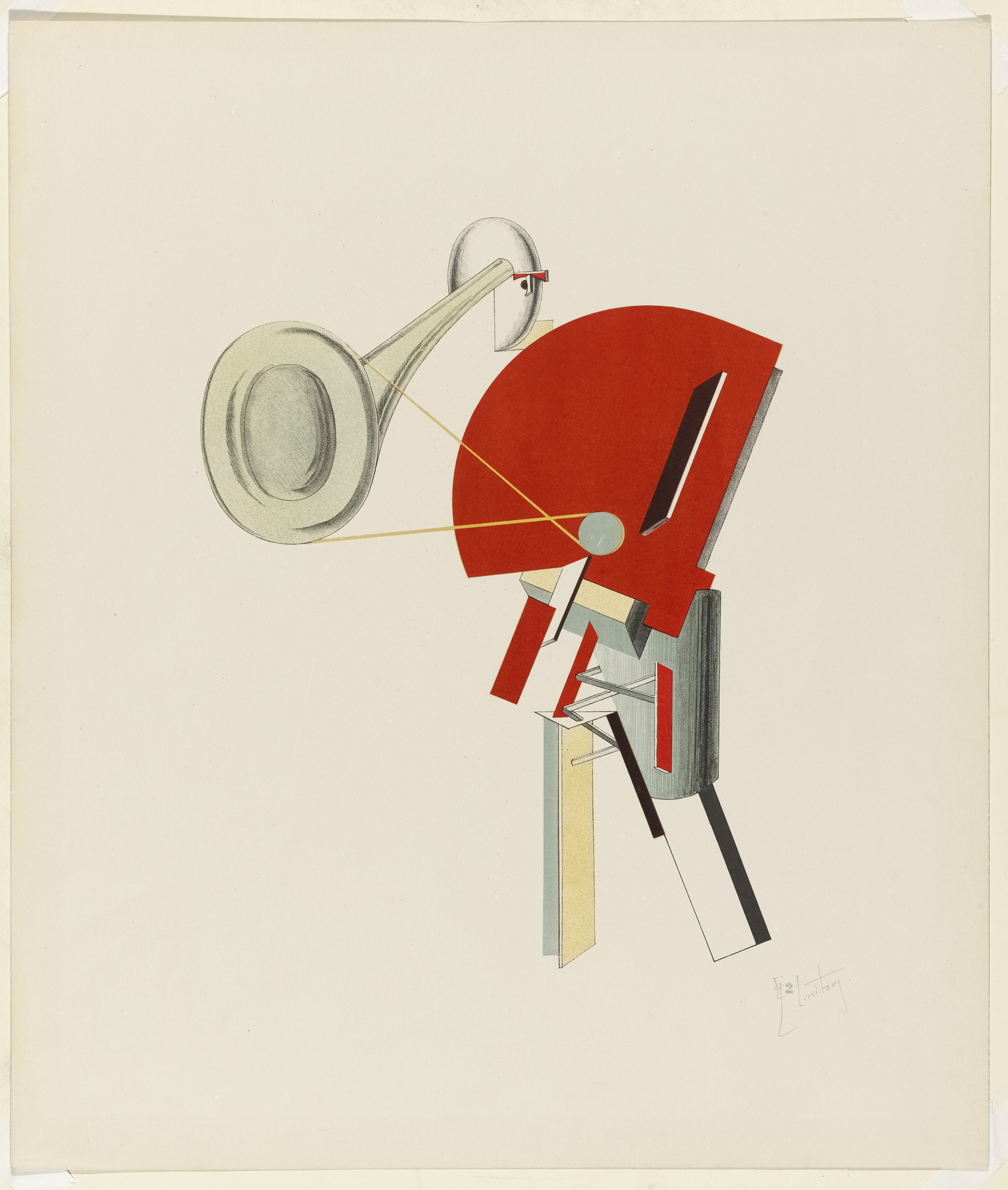 Lazar Markovich Lissitzky ( 23 November [O.S. 11 November] 1890 – 30 December 1941), known as El Lissitzky (Russian: Эль Лиси́цкий, Yiddish: על ליסיצקי), was a Russian artist, designer, photographer, typographer, polemicist and architect. He was an important figure of the Russian avant-garde, helping develop suprematism with his mentor, Kazimir Malevich, and designing numerous exhibition displays and propaganda works for the Soviet Union. His work greatly influenced the Bauhaus and constructivist movements, and he experimented with production techniques and stylistic devices that would go on to dominate 20th-century graphic design.

Lissitzky's entire career was laced with the belief that the artist could be an agent for change, later summarized with his edict, "das zielbewußte Schaffen" (goal-oriented creation). Lissitzky, of Lithuanian Jewish оrigin, began his career illustrating Yiddish children's books in an effort to promote Jewish culture in Russia. When only 15 he started teaching, a duty he would maintain for most of his life. Over the years, he taught in a variety of positions, schools, and artistic media, spreading and exchanging ideas. He took this ethic with him when he worked with Malevich in heading the suprematist art group UNOVIS, when he developed a variant suprematist series of his own, Proun, and further still in 1921, when he took up a job as the Russian cultural ambassador to Weimar Germany, working with and influencing important figures of the Bauhaus and De Stijl movements during his stay. In his remaining years he brought significant innovation and change to typography, exhibition design, photomontage, and book design, producing critically respected works and winning international acclaim for his exhibition design. This continued until his deathbed, where in 1941 he produced one of his last works – a Soviet propaganda poster rallying the people to construct more tanks for the fight against Nazi Germany. In 2014, the heirs of the artist, in collaboration with Van Abbemuseum and leading worldwide scholars on the subject, established the Lissitzky Foundation in order to preserve the artist's legacy and to prepare a catalogue raisonné of the artist's oeuvre.