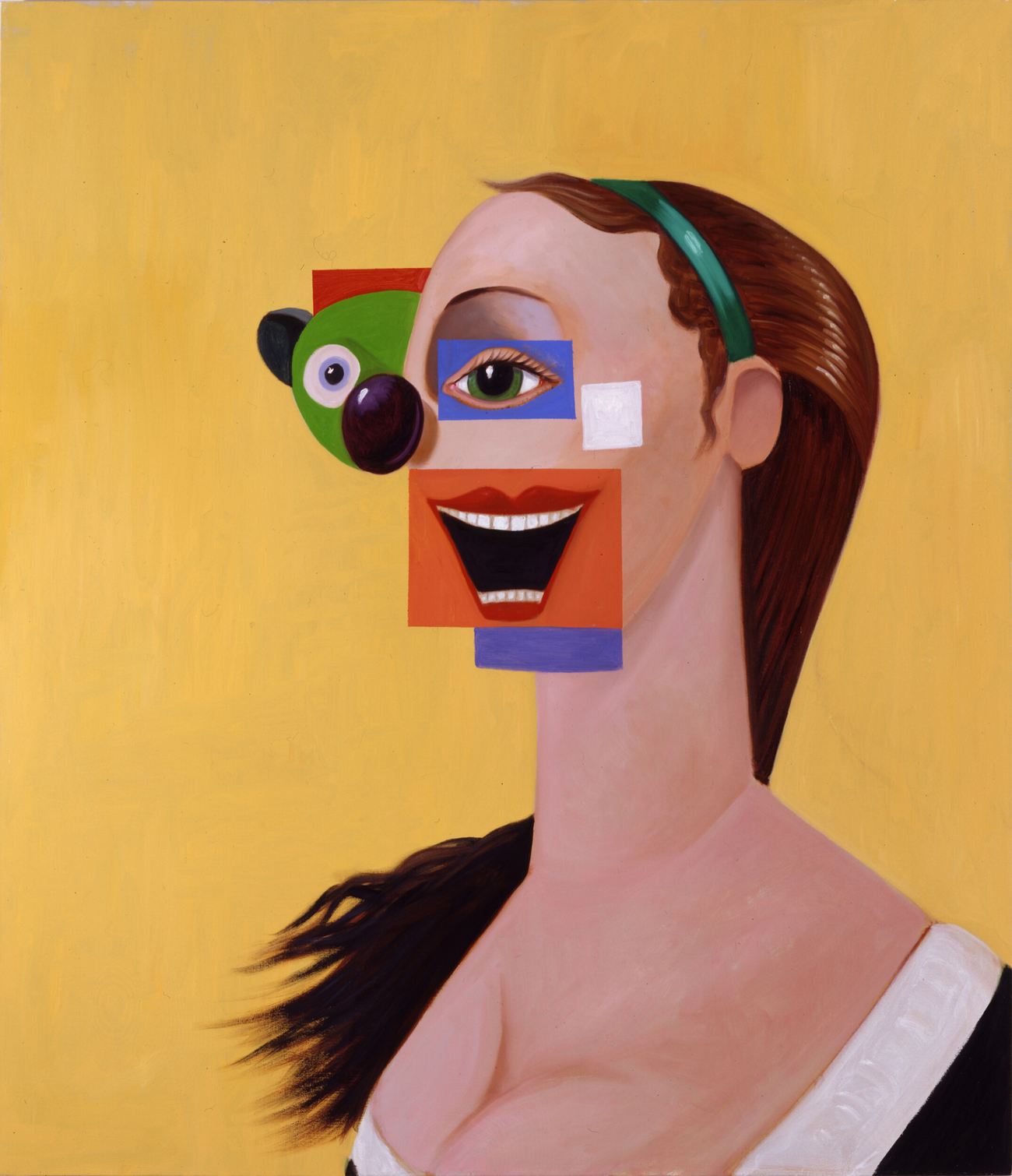 Born in Concord, New Hampshire in 1957, George Condo lives and works in New York City. He studied Art History and Music Theory at the University of Massachusetts in Lowell, where he became particularly inspired by a course on Baroque and Rococo painting. He moved to Boston and played in a punk band, ‘The Girls’; relocated to New York, where he worked as a printer for Andy Warhol; and spent a year studying Old Master glazing techniques in Los Angeles. During his first trip to Europe in 1983, Condo connected with the anarchic Mülheimer Freiheit group in Cologne which included painters Jiri Georg Dokoupil and Walter Dahn.

Condo would soon go on to spend a decade in Europe: in 1985 he moved to Paris and did not return to New York permanently until 1995, with the birth of his second child. During this period, Condo invented his hallmark ‘artificial realism’ and made his first foray into sculpture. Firmly rooted back in New York, he received his first major award, the Academy Award in Art from the American Academy of Arts and Letters, in 1999, followed by the Francis J. Greenberger Award in 2005. Further accolades for this constant innovator would follow: Condo was a 2013 honoree of the New York Studio School alongside writer Musa Mayer and poet Bill Berkson, and BOMB Magazine’s 2018 Anniversary Gala Honoree.

Condo had his first solo show in 1983 at the Ulrike Kantor Gallery in Los Angeles. Since then, his work has appeared in a number of solo exhibitions. In 2017 a retrospective of Condo’s works on paper, ‘The Way I Think,’ traveled internationally from The Phillips Collection, Washington DC to the Louisiana Museum of Modern Art, Humlebæk, Denmark. In a large-scale exhibition one year prior, ‘Confrontation’ at the Staatliche Museen zu Berlin – Museum Berggruen in Berlin, Germany, work by Condo was presented alongside some of his major art historical reference points: masterpieces by Cézanne, Picasso, Matisse, Klee, and Giacometti. Condo’s portraiture was the subject of the 2011 – 2012 ‘Mental States,’ a mid-career survey exhibition which traveled from the New Museum, New York to the Museum Boijmans Van Beuningen, Rotterdam, Netherlands, Hayward Gallery, London, United Kingdom, and Schirn Kunsthalle, Frankfurt, Germany; and the 2005 ‘One Hundred Women. Retrospective’ shown at the Museum of Modern Art, Salzburg, Austria, and Kunsthalle Bielefeld, Bielefeld, Germany.

In addition to appearing in solo and group exhibitions, Condo’s work has been honored with inclusion in Biennials in the United States and abroad. In 2019 he participated in the 58th Venice Biennale’s ‘May You Live In Interesting Times.’ His work was also exhibited in the Venice Biennale six years prior, in 2013. Other biennials in which Condo has participated include the 13th Biennale de Lyon in 2015, the 10th Gwangju Biennale in 2014, the 2010 and 1987 iterations of the Whitney Biennial, and the 48th Corcoran Biennial in Washington DC in 2005. Condo’s work can be found in renowned public collections internationally, including: Art Gallery of Ontario, Toronto, Canada; Astrup Fearnley Museum of Modern Art, Oslo, Norway; Centre Georges Pompidou, Paris, France; Dakis Joannou Collection Foundation, Athens, Greece; Museu d’Art Contemporani, Barcelona, Spain; Staedel Museum, Frankfurt, Germany; Tate Modern, London, United Kingdom; The Broad Collection, Los Angeles CA; The Metropolitan Museum of Art, New York NY; The Museum of Modern Art, New York NY; The National Gallery of Art, Washington DC; The Solomon R. Guggenheim Museum, New York NY; and the Whitney Museum of American Art, New York NY.