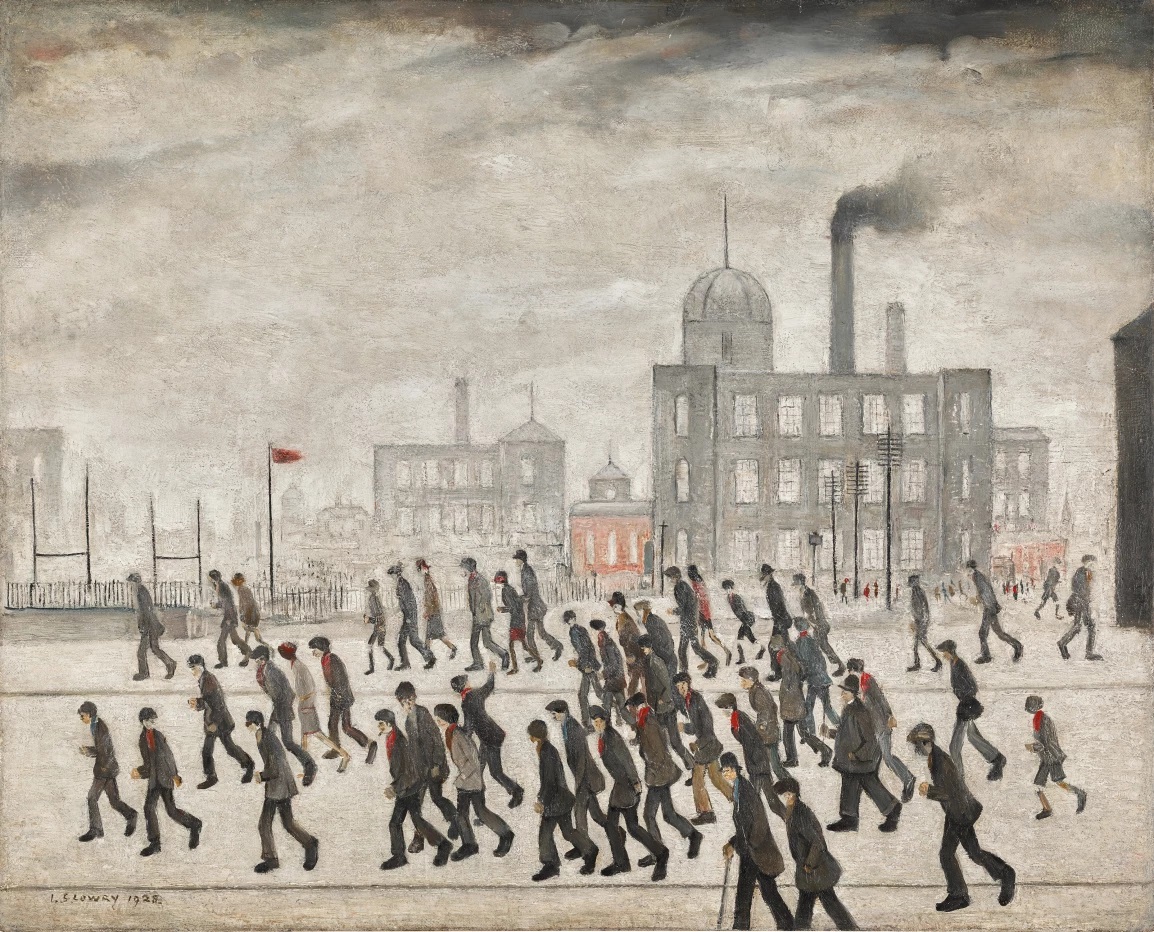 Laurence Stephen Lowry was an English artist. His drawings and paintings mainly depict Pendlebury, Lancashire, where he lived and worked for more than 40 years, Salford and its vicinity.

Lowry is famous for painting scenes of life in the industrial districts of North West England in the mid-20th century. He developed a distinctive style of painting and is best known for his urban landscapes peopled with human figures, often referred to as "matchstick men". He painted mysterious unpopulated landscapes, brooding portraits and the unpublished "marionette" works, which were only found after his death.

His use of stylised figures, which cast no shadows, and lack of weather effects in many of his landscapes led critics to label him a naïve "Sunday painter".

Lowry holds the record for rejecting British honours (five), including a knighthood (1968). A collection of his work is on display in The Lowry, a purpose-built art gallery on Salford Quays. On 26 June 2013, a major retrospective opened at the Tate Britain in London, his first at the gallery; in 2014 his first solo exhibition outside the UK was held in Nanjing, China.