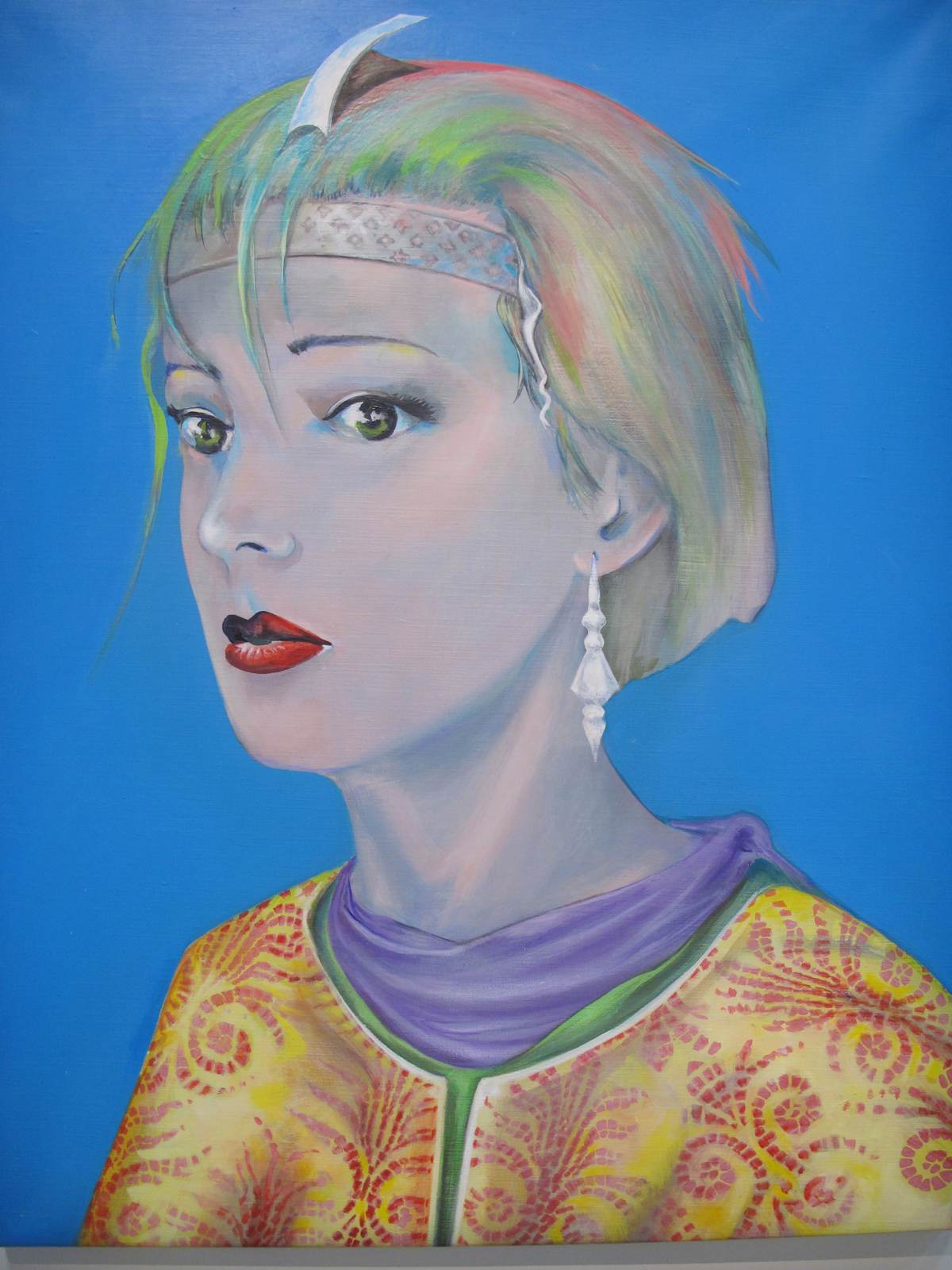 Martial Raysse’ oeuvre spans more than 60 years in numerous mediums including ready- mades, sculptures, cinema, drawing and painting. After reaching fame as the foremost pop artist in France, and the first one to incorporate neons in his painted works, Raysse has now returned to a more conventional approach to painting. In his recent works, he deftly combines compositions partially derived from those of old masters with contemporary subjects. Numerous elements are nimbly fused to create scenes that become almost mythical: oneiric landscapes are home to purple-skinned humans taking part in routine activities, lascivious women posing like antique sculptures recline on factory-made chairs in artificial gardens, exotically dressed characters conclude imaginary treaties. Raysse’s artistic mastery allows him to conjure fictional worlds that appear both familiar and intimate to the viewer. The falsely naive brushstroke and bright palette are loaded with numerous references however and they reach back to Raysse’s earlier work as a pop artist and as a member of the Nouveaux Realistes group. Notwithstanding, they are a new stage in a creative process that now encompasses a broader spectrum of art history.

Martial Raysse was born in 1936 in Vallauris, France, to a family of ceramicists. He now works and lives in Bergerac. He participated in the Venice Biennales of 1966, 1976, and 1982 as well as in the Kassel Documenta in 1968, 1977, 1992. In 2014, he was awarded the prestigious Praemium Imperiale for Painting by the Japan Art Association. Martial Raysse was exhibited widely in numerous institutions around the world, including MoMA, Centre Pompidou, Musée d’Art moderne de la Ville de Paris, Galeries Nationales du Grand Palais and Stedelijk Museum among many others. His work is included in numerous important public collections such as MoMA, Hirshhorn Museum, Ludwig Museum,, S.M.A.K. Stedelijk Museum voor Actuele Kunst, Serralves Foundation Museum of Contemporary Art, Tsinghua University Art Museum, etc.