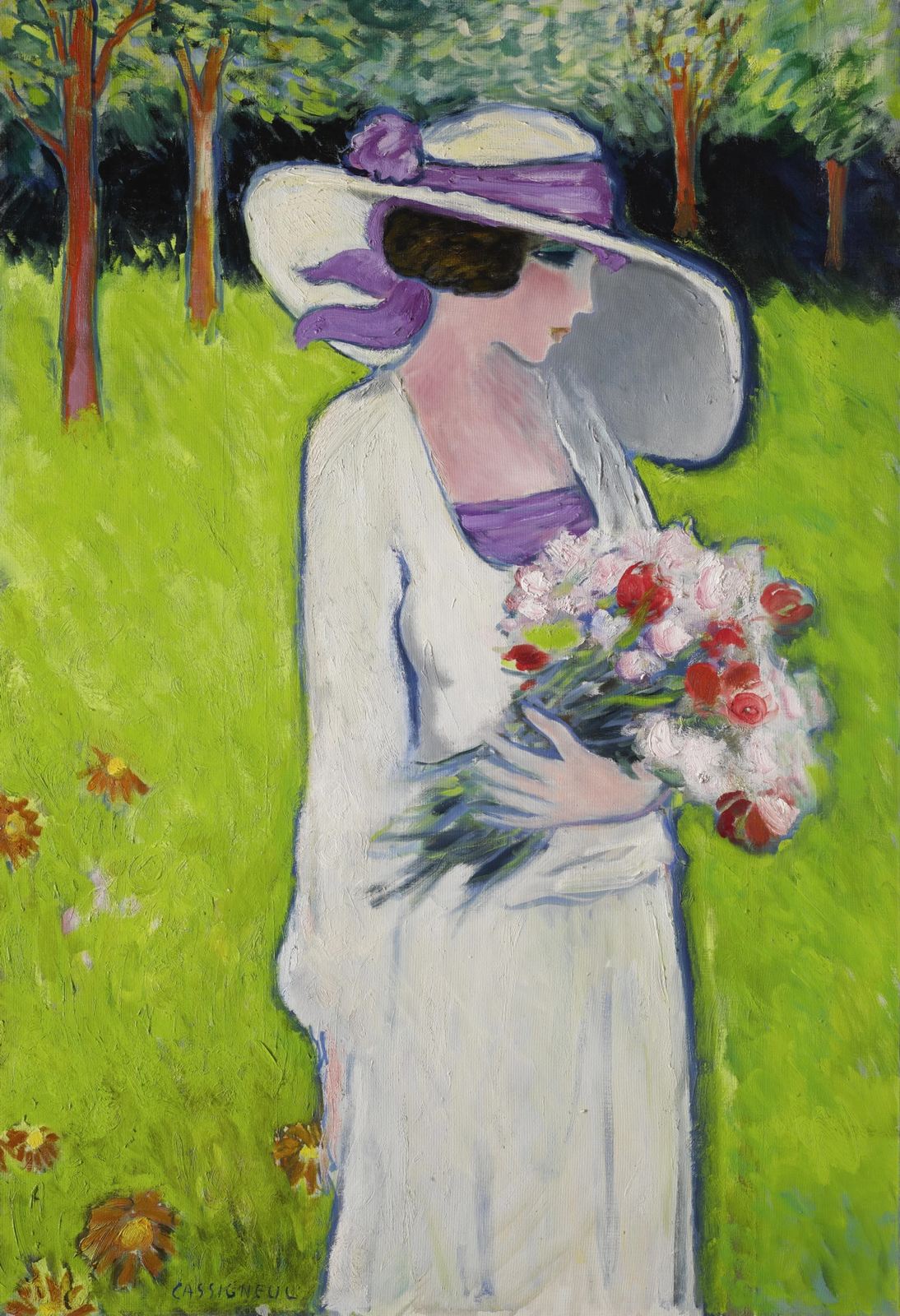 Jean-Pierre Cassigneul is best known for his striking compositions of fashionable women in floral hats. Using vibrant color and smoky contour, his paintings evoke both the avant-garde graphic sensibilities of Les Nabis, particularly Pierre Bonnard and Edouard Vuillard, as well as the radical color palette and sensuous portraiture of Kees van Dongen.

Cassigneul was born in 1935 in Paris. He had his first solo exhibition at the age of 17 at Galerie Lucy Krohg. Cassigneul studied at l’École Nationale Supérieure des Beaux-Arts de Paris and was later instructed by the French painter Roger Chapelain-Midy. In 1958, he had his first exhibition at the Galerie des Beaux-Arts, and the following year he was appointed a member of the Salon d’Automne.

Cassigneul has exhibited widely throughout Europe, Japan and the United States, including shows at the Gallery Tivey Faucon in Paris, Gallery Tamenaga in Japan, and Wally Findlay Gallery in New York. He currently lives and works in Paris.