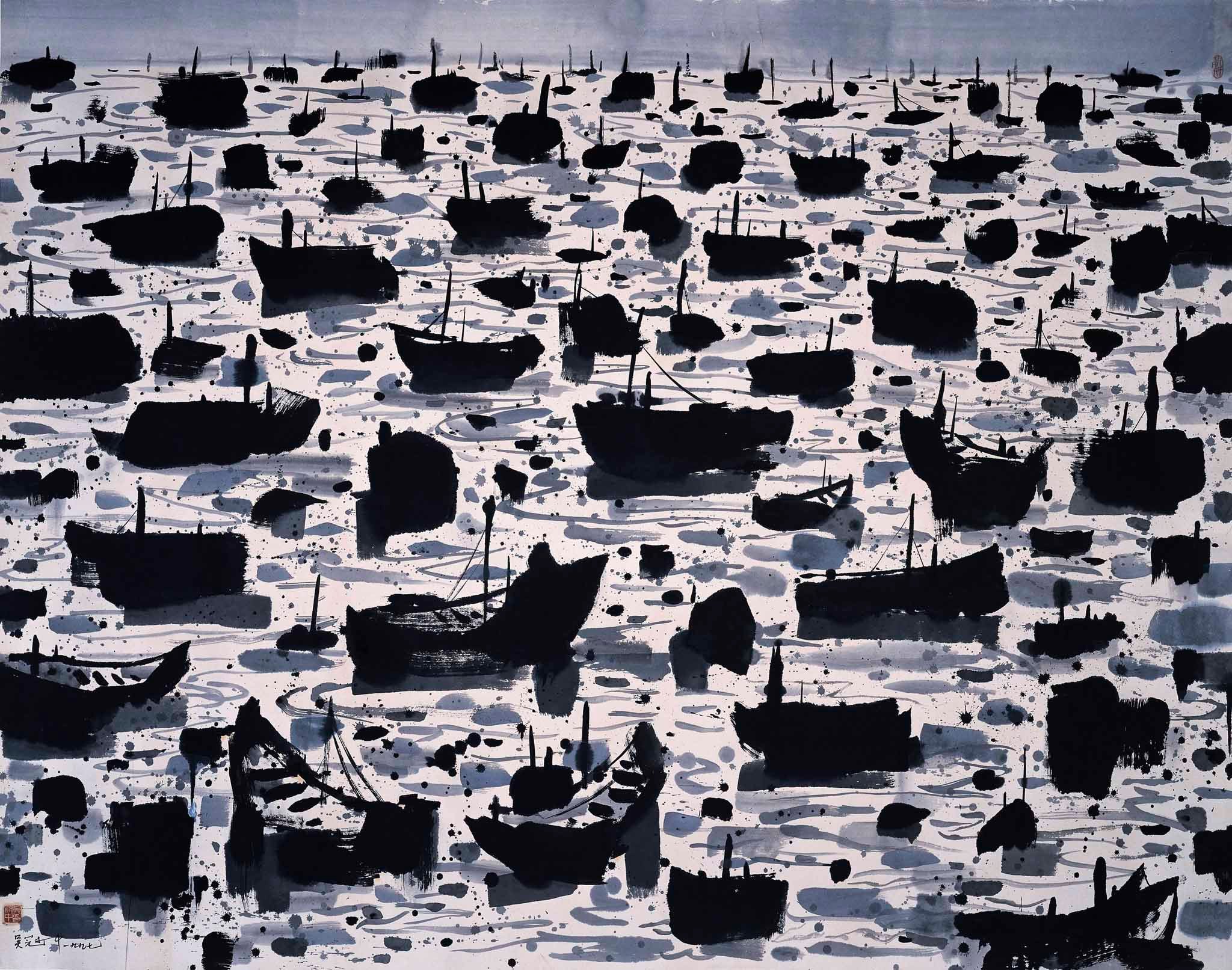 Inspired by the vibrant colors of the Fauves and the energy-in-motion of traditional Chinese calligraphy, Wu Guanzhong achieved an elegant reconciliation of Western and Eastern aesthetics and became one of the acknowledged founders of modern Chinese painting. “If a painting contains no abstraction nor impressionistic elements,” he said of his syncretic approach, “it is a kite that will never fly. But if the painting completely breaks the connection between human feeling and the object portrayed, the kite string has been broken. I try to keep the line unbroken.”

Wu Guanzhong (吴冠中) was born on August 29, 1919 in Yixing, Jiangsu, China. He initially studied electrical engineering in Hangzhou but transferred to that city’s art academy, against his family’s wishes, in 1936. In 1947, Wu won a government scholarship to study at the École nationale supérieure des Beaux-Arts in Paris, where he became enthralled by the Post-Impressionists. Upon his return to China, he began traveling around the country, seeing familiar landscapes in a new light. After 1966, Wu was prohibited from painting or writing about art, and many of his works were destroyed; in 1970, he and his wife were separated and assigned to two years of hard labor in the countryside as part of the Communist leader’s “re-education through labor” initiative. After Mao’s death in 1976, Wu was able to return to art-making, and held his first major solo show in 1979. In 1992, Wu was the first living Chinese artist to hold an exhibition at the British Museum. Wu died at the age of 90 on June 25, 2010 in Beijing.

Today, Wu’s work can be found in the Hong Kong Art Museum, the National Gallery Singapore and the Metropolitan Museum of Art in New York, among other institutions.