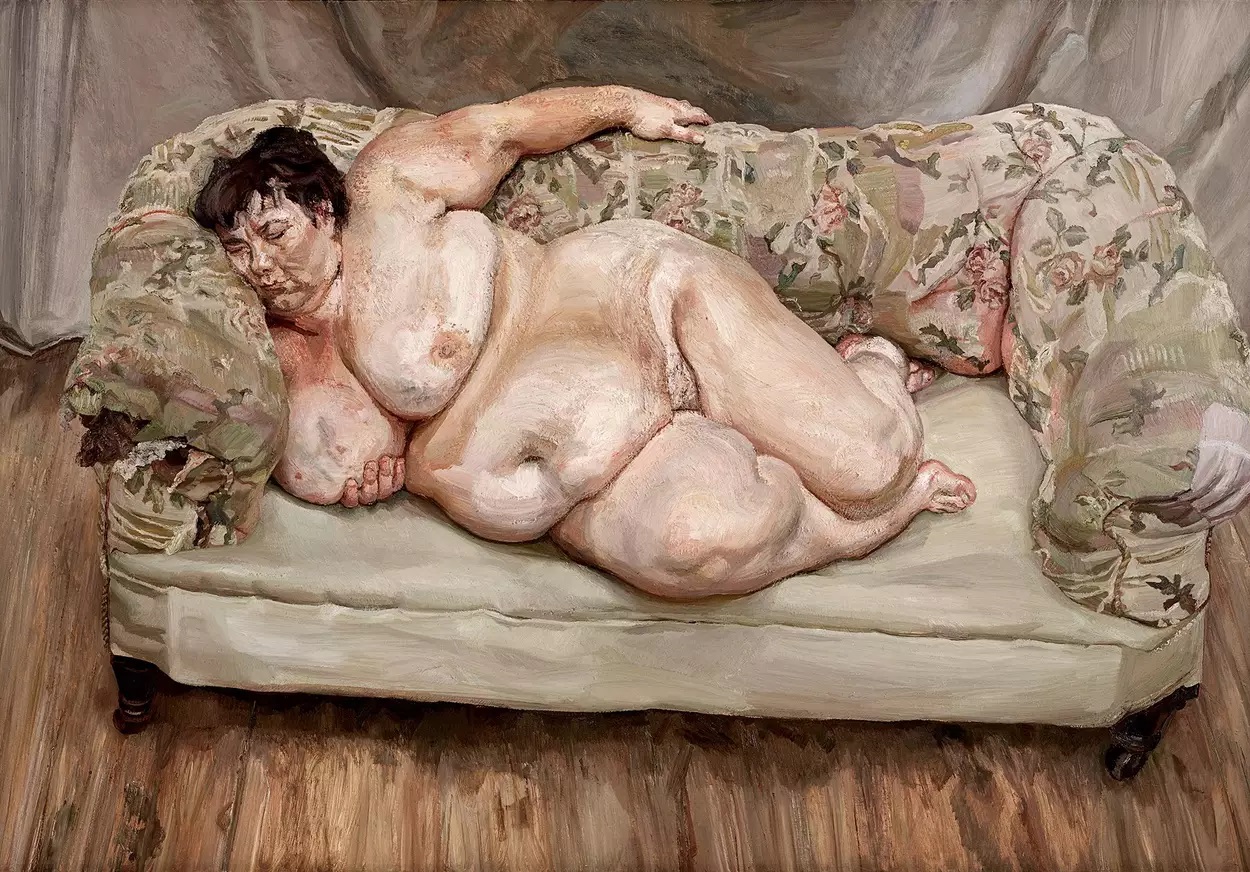 Lucian Freud was born in Berlin on 8th December 1922. During Hitler’s ascension to power in 1933, Freud moved to England with his family, assuming British citizenship in 1939. With a budding interest in art encouraged by renowned grandfather Sigmund Freud, Lucian Freud was enrolled in Dartington Hall. However, he proved rebellious, prompting a change of schools from Dane court to Bryanston, where he was later expelled. In 1937, he was accepted into the Central School of Arts and Crafts due to his great three-legged sandstone carving. During his early years, he produced numerous artworks exhibited at the Gallery of Modern Art in Edinburgh with an award from the Arts Council Award in 1951 on his Interior in Paddington piece.

Freud’s work also showcased famous fellow friends such as Francis Bacon with the depictions leaning towards oil on copper techniques.

During the mid-1950s, his painting methodology changed, displaying more pigmented brush strokes and paint to show realism in works such as Double Portrait.

At his international prominence, Freud enjoyed painting a series of naked portraits of artists such as Leigh Bowery, Kate Moss, along with his first and second wife. He later died on 20th July 2011 in London and is buried in Highgate Cemetery.